Brick & Associates, Inc. has been serving
clients since 1987!

The firm specializes in ALM consulting, education, strategy development and policy development for Credit Unions.  The firm developed the CU/ALM-ware® System to monitor and control interest rate risk and liquidity risk and to find opportunities to better serve the membership.  The ALM results produced  by the CU/ALM-ware System are used to test the adequacy of unused  borrowing power, the potential impact of new loan products and/or pricing strategies, investment strategies, or liability pricing.  The CU/ALM-ware System has been tested and certified by CPAs.

The CU/BUDGET-ware® System is used to create a 1-year budget, forecasts, variance and diagnostic reports along with an Executive Summary.  CU/BUDGET-ware can also produce up to a 5-year Strategic Plan.  The firm’s Annual Strategic Conferences are well regarded and have been offered for 30 years.  Our Conference topics are different every year since the Regulatory environment and challenges that CUs face constantly change.  Nearly 700 Credit Union representatives attend the Strategic Conferences each year. 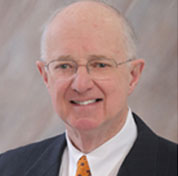 Jack is the founder and President of Brick & Associates. Over the past three decades, Jack has facilitated numerous programs for trade associations and leagues on investments and asset-liability management.  In addition, he conducted numerous programs for federal and state examiners.  He was also Professor of Finance on the faculty of Michigan State University where he taught courses on Financial Markets, Management of Financial Institutions, Bank Management, and Investments. Jack has authored/edited three textbooks dealing with financial institutions, the financial markets and published over twenty articles dealing with ALM, interest rates, investments, and the management of financial institutions.  Recently, he authored an ALM monograph for the Filene Research Institute entitled Asset-Liability Management: Theory, Practice, Implementation and the Role of Judgment.  He is a director and has served as Chairman of the Board of the Michigan State University FCU, which has assets of $6.5 billion and over 300,000 members.  He is Co-Chairman of the ALCO of MSUFCU.  He received his undergraduate, MBA and PhD degrees from the University of Wisconsin-Madison and holds the Chartered Financial Analyst (CFA) designation.  Save 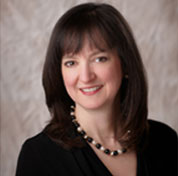 Kerry has been with Brick & Associates since 1987 and is involved in many aspects of the firm.  Over a nine-year period, Kerry trained NCUA and state regulators on the ALM concepts and the ALM process.  She instructs Brick & Associates’ Basic ALM and Budgeting/Strategic Planning Training Classes.  Kerry also assists ALCO members in interpreting and utilizing the CU/ALM-ware and CU/BUDGET-ware Reports to develop strategies.  She conducts conference calls on institution-specific ALM and Budget-related issues.  Kerry is involved in research and development.
Kerry received a Bachelor of Arts degree with a major in Financial Administration from Michigan State University.  Kerry can be reached at kerry@brickinc.com. 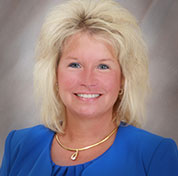 VP of Operations of Brick & Associates

Krista has been with the firm since 1993.  She works closely with clients to assist them with understanding the CU/ALM-ware and CU/BUDGET-ware Systems and manages technical support for clients.  Krista manages marketing and business operations for the firm and organizes our Annual Strategic Conferences and the ALM and Budgeting Training Sessions.  She is in charge of web design and content management.  Krista is involved in research and development and assists with overseeing the many databases that are used to create all of the economic graphs for the conferences.  When a new credit  union comes on board with us, Krista oversees the set-up process.  Krista received a Bachelor of Arts degree in Office Automation Systems from Ferris State University.  Krista can be reached at krista@brickinc.com. 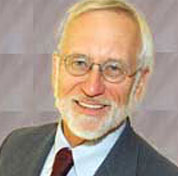 Dick is the lead programmer for the CU/ALM-ware and CU/BUDGET-ware Systems. His experience includes managing more than 150 software developers for Ford Motor Company. He won the Henry Ford Technology Award for developing a computer program used by Ford to predict fuel economy and performance of Ford vehicles. Dick has a Bachelor of Science degree in mathematics from Michigan State University and a PhD in Computer Science from the University of Wisconsin-Madison. 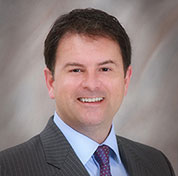 Jeff has been with the firm since 1995.  Jeff manages credit union investment portfolios with a combined value of $2.5 billion for Brick Capital Management, Inc. (BCM).  He specializes in developing credit union investment strategies in an ALM context and provides non-discretionary investment recommendations to BCM’s clients.  Jeff closely follows the financial markets, the Fed, and all market-moving information on a daily basis. Jeff writes the Target Rate Structures sent to B&A and BCM clients following most Federal Open Market Committee (FOMC) meetings.  In addition, Jeff assists ALCOs, Boards of Directors, and management teams of BCM and B&A credit union clients as they deal with all aspects of the balance sheet. Jeff is a regular speaker at the firm’s Annual Strategic Conferences to share his insight into the investment markets and the ever-changing economic climate. Jeff received a Bachelor of Science Degree with a major in Financial Management from Rensselaer Polytechnic Institute (RPI).  Jeff holds the Chartered Financial Analyst (CFA) designation.  Jeff can be reached at jeff@brickinc.com. 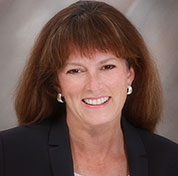 Bridget has been with the firm since 1989.  She developed the firm’s Advanced ALM Training Program which hundreds of CU representatives have been through.  She developed the firm’s Institution-Specific 2-Hour Video Board/ALCO Training Program and has conducted many of these sessions for individual CUs. The sessions include topics such as An Effective ALM/IRR Process; Understanding Concentration Risk; Unveiling the Mystery behind Non-Maturity Share Valuation & NEV analysis; Effective Liquidity Management Practices & Contingency Funding Planning; Cash Flow Uncertainty due to Embedded Options in Balance Sheets; and Understanding Historical Key Ratios, Peer Data & your IRR Profile.  Bridget assists CUs in developing strategies that bring positive results.  She has conducted educational sessions for NCUA examiners, state examiners, CUES, CU Leagues, and many individual credit unions.  She is a regular speaker at Brick & Associates’ Annual Strategic Conferences.  Bridget has written articles for League publications on various topics.  Bridget helps develop and update the firm’s Model Policies and is involved in R&D. Bridget received a Bachelor of Arts degree with a major in Financial Administration from Michigan State University.  Bridget can be reached at bridget@brickinc.com. 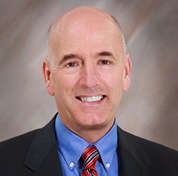 Ric has been associated with the firm since 2006.  He has in-depth experience using the B&A CU/ALM-ware® System and has produced hundreds of ALM analyses and Historical Key Ratios reports over the past 13 years.  Ric assists with topic research for the Annual Strategic Conference and is involved in new project initiatives, marketing and business operations for the firm.  Ric has extensive experience as both a business owner and corporate executive in the development and construction of residential condominiums, homes, apartments and property management.  Ric is a licensed real estate broker in the state of Michigan and received a Bachelor of Arts degree in Business Administration from Michigan State University.  Ric can be reached at ric@brickinc.com.

Want to Schedule a Brief Consultation?

Talk with Brick & Associates about your needs and their solutions.